Screening for Psychosocial Risk Across Cultures: Risk Profiles Among American and Dutch Families of a Child with Cancer

Dr. Martha Grootenhuis and I are grateful to have received the SPP International Collaboration Award, which facilitated my two-week visit to The Prinses Máxima Centrum for Pediatric Oncology in Utrecht, Netherlands. This prestigious award made possible a collaborative project aimed at evaluating profiles of psychosocial risk among Dutch and American families affected by pediatric cancer. Additionally, the award generously funded an extremely beneficial opportunity to visit and learn from Dr. Grootenhuis’ research group during the exciting opening of the Prinses Máxima Centrum.

It is well-known that pediatric cancer diagnoses are associated with difficult treatments, lengthy hospitalizations, and disruptions to daily life, which may result in distress for all family members. Screening for psychosocial risk is an essential and effective practice for identifying those who are in need of follow-up care and intervention. Many evidence-based tools exist for such screening, including the Psychosocial Assessment Tool (PAT), yet less is known about the pattern of risk experienced by families and how these tools function across cultures. To this aim, Dr. Grootenhuis and I set out to explore risk profiles among American and Dutch families and to evaluate the commonalities across cultures.

During my two-week visit to the Prinses Máxima Centrum in June 2018, I met with Dr. Grootenhuis and her team, organized and analyzed data, toured the family-centered clinics, and even took part in the opening events of the center. I had the opportunity to present my research to the psychosocial research group of the Prinses Máxima Centrum and to discuss the international differences in training trajectories and backgrounds. Dr. Grootenhuis organized meetings with researchers and clinicians across the center, allowing for the valuable exchange of ideas and knowledge, bringing together various domains of psycho-oncology research.  Ultimately, our collaboration during the two-week visit has resulted in an abstract that will be presented at SPPAC 2019, and an upcoming manuscript that we believe will expand the current understanding of psychosocial risk across cultures.

I am endlessly grateful for the opportunities that were afforded by the SPP International Collaboration Award. I want to thank Dr. Grootenhuis and her team for being gracious hosts who generously welcomed me into their productive team, their state of the art center, and their beautiful city of Utrecht. I greatly appreciate the support of this award, which initiated a valuable collaboration and provided me with a distinctive training experience centered on developing a cross-culturally informed approach to improving the lives of families affected by pediatric cancer. 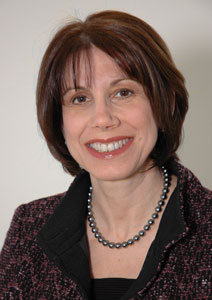 Karen Saywitz, Ph.D., passed away in 2018 leaving a legacy of exceptional contributions to understanding children’s development and challenges, improving public policy, and enhancing programs for children’s mental health. She was an astute advocate, scientist, and clinician who contributed in amazingly diverse and productive ways. Her career was based at Harbor-UCLA Medical Center as director of Child and Adolescent Psychology from which she expanded her positive influence to trainees, to the scientific base of psychology, and to policies on behalf of children and families.

Numerous groups recognized Saywitz for her important work in child maltreatment, including groundbreaking research on child witnesses and later to forensic interviewing. Her work was cited in numerous court decisions including U.S. Supreme Court rulings.

Saywitz was a long-time member of the Society of Pediatric Psychology. She was the founding chair of the Interdivisional Task Force on Children’s Mental Health (continuing into its second decade) that has influenced APA, local, state, and national policies. Her life as a psychologist-as-advocate serves a significant example to the profession.

A full obituary will be published later this year in American Psychologist. For more information about Dr. Saywitz please see: The APA Society for Child and Family Policy and Practice and APA Division 7 “Great Leaders in Developmental Psychology

Updates from the 2019 SPP Board of Directors Mid-Winter Meeting

We had a productive 2-day meeting in Tempe, Arizona this past January with several interesting highlights for SPP/Division 54 members.

The Board of Directors is excited to share this information with the Society of Pediatric Psychology and we welcome your thoughts and feedback.