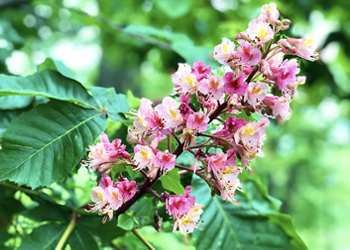 Dorothea M. Ross, Ph.D., was a leading founder of the Society of Pediatric Psychology (SPP). Born in 1923, she passed away May 7, 2019. Dr. Ross served as the Secretary-Treasurer at the beginning of SPP (1968-1970) and contributed personal funds to help it survive in the early lean years. Her significant role in establishing and advancing the field was acknowledged when SPP conferred its Distinguished Contributions Award on her in 1979. This award was later renamed the Wright-Ross-Salk Award for Distinguished Service in Pediatric Psychology in 2014 to recognize her instrumental work on behalf of SPP (www.apa.org/about/awards/div-54-salk).

Dr. Ross’s major role in founding the Society of Pediatric Psychology started with her appointment to the steering committee in 1968 with Logan Wright and Lee Salk to ascertain the potential formation of a special interest group within the APA Clinical Psychology Division (Division 12) on children’s health and applications in children’s hospitals. She was then a faculty member at Stanford University in the Department of Pediatrics in Palo Alto. At a time before computers, word processing, and the internet, she handwrote letters of inquiry to all the pediatric departments in U.S. medical schools inquiring if psychologists were on staff. Receiving a 96% response rate, over 250 professionals were identified revealing that about 70% of the pediatric departments employed psychologists. These psychologists were then solicited to join the new interest group which started the formal SPP organization in 1969.

The steering committee formed the initial leadership of the Society of Pediatric Psychology. Wright was selected as the first SPP president. Noted in Sue White’s developmental history of SPP, as an indication of the time in American society and medicine, “Salk was then selected as the second president because most of the survey responses had been from males and the committee felt that a female president might alienate these potential members (D. Ross, personal communication, 1989).” (White, 1991, p. 397).

Dr. Ross (“Dorrie,” as she was known by her friends and colleagues) was born December 24, 1923 in Victoria, British Columbia, Canada. She completed her bachelor’s and master’s degree at the University of British Columbia and then completed her doctorate in psychology at Stanford University under the mentorship of Albert Bandura. Dr. Ross and her sister, Sheila Ross (also a graduate of Stanford’s Ph.D. program), co-authored with Bandura multiple pioneering articles on imitation and modeling in advancing social learning theory. These studies included the classic Bobo clown aggression modeling study described in almost every introductory psychology textbook (Bandura, Ross, & Ross, 1961) and they conducted multiple follow-up studies on learning by imitation (e.g., Bandura, Ross, & Ross, 1963a,1963b, 1963c; Ross, 1970). Bandura described the two sisters as “a dynamic duo.”

Over her career, Dr. Ross continued her contributions to improving children’s lives, to research and interventions for children and adolescents, and to her community. As noted by Routh (1994), “…she exemplified the pediatric psychologist as a researcher and scholar. She received considerable federal grant support. Her research and writing concerned such topics as mental retardation, hyperactivity in children, and factors related to how children deal with pain” (p. 77). These publications included authored books (e.g., Hyperactivity: Ross & Ross, 1976; Childhood Pain: Ross & Ross, 1988; Childhood Bullying: Ross, 1996, 2003) and early articles on assessment and interventions for childhood pain in the Journal of Pediatric Psychology (Ross & Ross, 1985) and in Pain (Ross & Ross, 1984). She was a groundbreaking researcher into cognitive and rhythm training for children with developmental and intellectual disabilities (e.g., “Educable Mentally Retarded” or EMR: Ross & Ross, 1973, 1978a, 1978b, 1979; Ross, Ross, & Kuchenbecker, 1973). Dr. Diane Willis, another pioneer in our field, remembers that she was “very excited by her work with EMR children and reported that she was surprised at the progress they were making.”

Dr. Shari Young Kuchenbecker, now a research psychologist, remembers serving as a research assistant for the Ross sisters when she was an undergraduate at Stanford from 1968-1970. They maintained contact through the years: “Dorothea and Sheila became my role models of how to be a an academic, a woman college professor, and how to empower students through collaborative research … Support and wisdom, kindness and empathy, humility and perseverance, Dorothea became my life-long mentor, writing my grad school and other recommendations, corresponding regularly, even guiding faculty job choices. . . and always supporting my work. Her voice resonates today.” Indeed, Dr. Ross’s vision and dynamic actions as a founder of SPP continues to resonate in the spirited activities of pediatric psychologists and an organization strengthened over the 50 years.